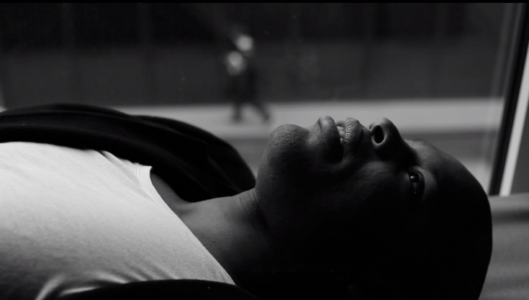 Yvonne McDevitt is a multi-award-winning Irish artist and filmmaker working primarily in non-fiction and experimental cinema with an interest in human history, interdisciplinary filmmaking and new technologies. She has an extensive background in theatre. She is currently Film Artist in Residence at UCC. She will discuss her films and her working methods in an in-depth conversation.

Her most recent feature documentary film White City (2017) captures a unique perspective of Donald J. Trump’s Muslim travel ban. Her feature film Two Graves (2013), with music by Oscar-nominated composer Michael Nyman, and her previous short films Horse (2014), Time (2015) and عمى Blindness (2016) have premiered and screened at major international film festivals including Festival de Cannes, Galway Film Fleadh and East End Film Festival London. Yvonne was also selected for Berlinale Talents at the 64th Berlin International Film Festival in. Her latest short film BНУТРИ (Inside) was completed in 2020 and premiered at the Festival de Cannes in 2021. Her latest feature film MYRRH shot in Valais, Switzerland is due for release in 2022. Knock Knock, her next feature film project, has been awarded the Arts Council & Irish Film Institute Authored Film Work Award.

The conversation will be moderated by experimental filmmaker Maximilian Le Cain.

Please email firstcutfestinfo@gmail.com with your name and a contact phone number if you would like to attend, spaces limited.