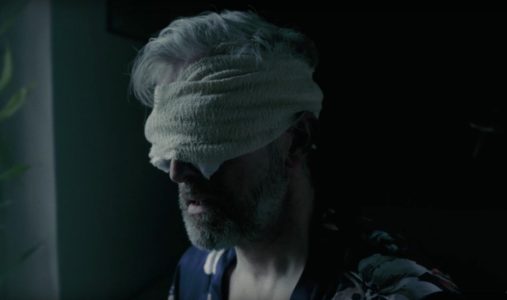 Calling Ambitious Young Filmmakers aged 18-23 for a unique opportunity to kick-start your career as a director.

First Cut! Youth Film Festival, in partnership with Feel Good Lost, is delighted to announce that submissions are now open for the fourth edition of the YMVC – Youth Music Video Competition! 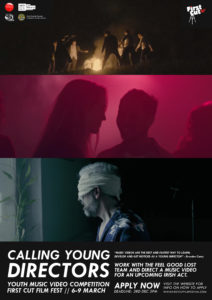 The competition has gone from strength to strength each year – the quality of the work is nothing short of remarkable.

Last year’s winning video by Alexander Kuribayashi was selected as the official release for Ryan Vail’s Breaking Minds. Videos by the previous years’ winners were also released by Above Dat, The Academic, and Meltybrains. Past participants have also gone on to work in the industry. 2017 winner Lochlainn McKenna won Best Director at the Kinsale Sharks, while JJ Mc Dunphy and Andrew McConnell recently directed a stop motion video for a popular Japanese band. Christian Tierney has become Conor McGregor’s personal videographer.

The selected filmmakers will take part in a hands-on workshop with Feel Good Lost on Saturday December 15th in Cork.

Using their extensive knowledge of the Irish music scene and network of musicians, Feel Good Lost arrange for five musical artists to submit a track for YMVC. Each track is carefully curated to one of the participating directors based on their style. Briefs are tailor made for each director, with input from the artists. So far acts such as Ryan Vail, Le Galaxie, Tim Chadwick, Daithí, Meltybrains, Rusangano Family and The Academic have submitted tracks. Every style of music video is encouraged, be it narrative or experimental, live action or animation, or any combination of these.

The process that each participating filmmaker will experience is identical to the process a professional filmmaker goes through in making a music video in the industry. Each filmmaker will submit a treatment document explaining their idea and, with on-going mentoring and support from Feel Good Lost, they make the video. In addition to making an amazing video, the competition helps directors build confidence and improve in areas of their work that need improving.

All five videos will be screened at the 2018 First Cut! Festival on Saturday 9th March 2019. One stand-out filmmaker will be presented with an award.

Feel Good Lost is a multi-disciplinary creative company that makes cutting edge film, art and music. Brendan Canty, director of FGL, is best known for the phenomenally successful video for Hozier’s ‘Take Me To Church’, which was voted Video of the Year by the Irish Times and nominated for two MTV VMA awards. Canty’s recent short “For You” has been nominated for a 2018 IFTA Film & Drama Award, as well as winning Best Irish Short at the Kinsale Sharks. To find out more about Feel Good Lost, visit their official website: feelgoodlost.me