We are thrilled to announce our Youth Music Video Competition 2022 participants, following a competitive open call earlier this year. YMVC gives young emerging filmmakers based in Ireland the opportunity to create music videos under the mentorship of noted directors Brendan Canty and Bob Gallagher and other recognised industry professionals. With each year, the competition has gone from strength to strength and now we are delighted to announce the filmmakers selected to participate in YMVC 2022.

First Cut! is delighted to expand the scope of YMVC in 2022 thanks to the generous support of an Arts Council YPCE Project Award. This year will see a more extensive hybrid mentoring programme and we are excited to welcome acclaimed director Bob Gallagher to the team. 2022 participants will receive stipends of €1,000 toward video production expenses and the winner of the YMVC Best Music Video Award will also receive a €5,000 bursary to kickstart their career.

Meet the 2022 filmmakers below. 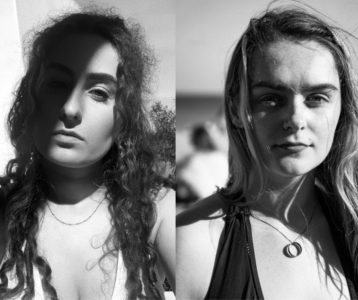 Based in Meath, Fionnuala McCormack graduated from the NFS in 2020, majoring in  cinematography. Her most recent work includes; directing a short documentary with  BBC Gaeilge on women’s sexuality, and selected participant in the 25th Ji.Hlava Doc Academy mentored by Khvan De La Cruz. She loves all her work to be a collaborative  journey with other artists in hope of conveying the beautiful complexities of the human  experience.

Rachel Mcgill is a filmmaker from Limerick. She won the Talent Nation competition in  2019, she was also mentored on a project in the prestigious Camerimage festival in  2019. She graduated from the NFS in 2020, majoring in directing. She recently  completed a funded short film through the engine short film scheme exploring the mind  and life of a young autistic boy in inner city Limerick. Rachel likes to explore  controversial topics in an unconventional way, exploring our deepest fears and anxieties  as human beings. Often showing our inner psyche through extreme production design  and heavy engulfing performances.

Rachel and Fionnuala are both passionate about female representation in film and  media. They love to intertwine experimental visuals within their work, using their films to  explore topics of social issue or to convey an intimate human experience. 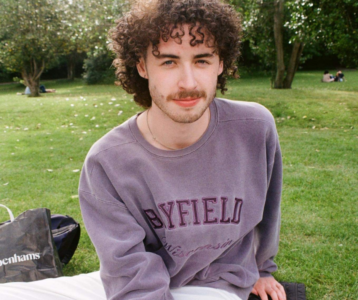 Ian Fallon is a filmmaker from Kildare currently studying in the National Film School at IADT. He’s a writer, director and editor interested in both fiction and non-fiction storytelling with a collection of short films and music videos to his name. For his first short film “Victim”, Ian was nominated for the Short Form Award at the Royal Television Society ROI Student Awards. More recently, he was awarded the Cork International Film Festival Award for Best First Cut Film at the 2021 First Cut Youth Film Festival for his short “Last Letter”. As a filmmaker, Ian’s main focus is on storytelling and how it affects, challenges and engages the audience. Through making further shorts and music videos, he hopes to develop as a filmmaker and improve his skills, with the ultimate goal of directing feature films. 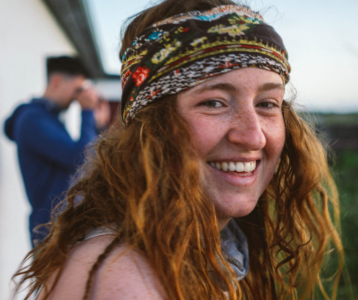 Fia Karma Wren is an emerging film artist focused on creating experimental films and documentaries. She has written, directed and shot various short films throughout her career, some of which has been screened at festivals such as the ‘Galway Film Fleadh’. Back in 2019 she won ‘Best Director’ at First Cut Youth Film Festival Awards! Fia recently graduated from the National Film School of Ireland with a first class honours in Film (major – cinematography). Her work has since been featured in the Irish Arts Review. She is excited to explore the process of translating Irish music into a visual medium as part of the YMVC. 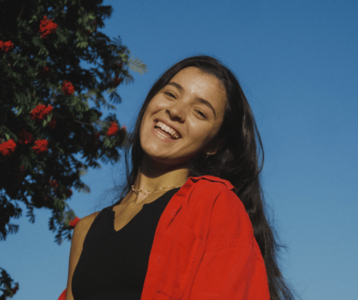 Cara Gaynor is a 23 year old filmmaker from Dublin and a 2021 graduate from the National Film School at IADT. Creating stories and giving people a visual platform to share their story is extremely important to her. She likes to work on projects that not only entertain but educate and raise awareness to certain matters. Being a dancer for 18 years and growing up in a very musical and design heavy household has influenced her style of filmmaking in many ways. 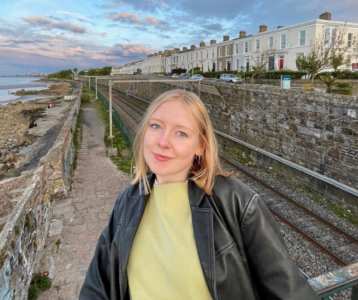 Pippa Molony is an actor, filmmaker and musician based in Dublin. To date, she has had some sufficient professional experience on film sets (Netflix’s ‘Winx Club Saga’, Disney’s ‘Disenchanted) and is currently in her final year at the National Film School, IADT. She is a past member of the National Youth Theatre Ensemble, Dublin Youth Theatre and Youth Theatre Ireland’s ‘ARTiculate’ and Young Critics programmes, and a current member of the Irish ‘Be SpectActive’ programme (Dublin Theatre Festival). Her most recent film, ‘Clara’s Room’ won the Inaugural First Frame Award (2020) at the Virgin Media Dublin International Film Festival, and has since screened at a large number of national and international film festivals, for which she wrote and directed. More recently, Pippa has collaborated with musician pal, Ahmed, With Love, directing two music videos for them:  ‘Full Plate’ and ‘As Luck Would Have It’ – both premiering on District Magazine. Pippa is in the process of completing her graduate film, ‘Thicker Than Water’ (directed and co-written), and is interested in making work that challenges audiences and addresses questions of identity, morality and transgression.