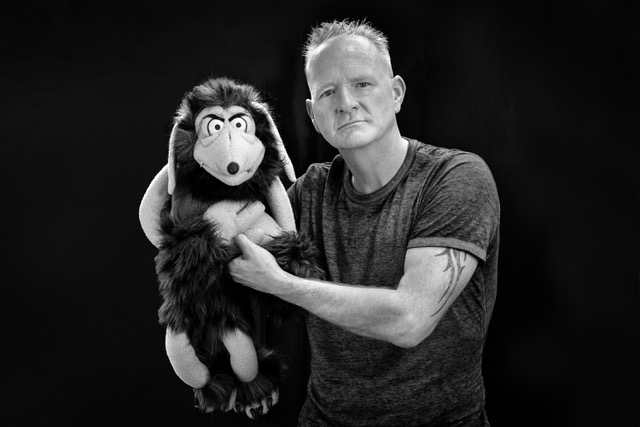 An hour long workshop in puppetry for the screen for ages 14-24.

Delivered over Zoom at 2pm, Saturday May 8th.

This highly interactive free workshop will take participants through some basic puppetry exercises with one of Ireland’s most renowned puppeteers, Dominic Moore.

It will shine a light on puppetry techniques  such as:

Participants will get the opportunity to participate in a  script readthrough and feedback on the experience.

Prior to the workshop a short explanatory video will be sent to each participant that will advise them on materials needed and some simple tasks to complete before the workshop. A script will also be forwarded to participants to practice with.

Dominic Moore is an actor, voice-over artist, puppeteer and writer from Cork where he lives and works. He began his theatrical career with Meridian, Feedback, Corcadorca and the Granary Theatre in Cork.

His long association with RTE and television puppetry stemmed from voiceover artist work for The Rimini Riddle and continued as a featured animatronics artist and writer for The Morbegs. His puppet character Basher Bacon became the presenter of The Swamp, which ran as RTE’s weekend and summer links programme for four years. Later Elvis McCarthy from Ballinascarthy from Sattitude became a popular children’s favourite. He was commissioned by RTE to develop, write and perform the pre-school programme Hubble, which became the flagship programme for RTE’s Young People’s Programmes.

Over the past few years he has been performing his new self-penned one man show Mr Punch in Cork to rave reviews. He is an accomplished voice over artist with considerable experience in radio commercials, television promos, animation and film dubbing. For more information as to what Dominic is doing at the moment, go to https://dommomoore.net