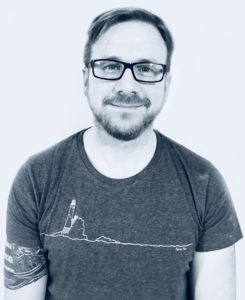 The Festival will conclude with a live music set by solo artist ADT!

ADT writes soundscapes wrapped with stories of the heart.

Hugely influenced by the Atlantic Ocean, the West Cork landscape and his family, he holds a minor obsession with lighthouses.

His debut solo album (Volume I) is produced by multi-instrumentalist Justin Grounds. Recorded in a little room overlooking the beautiful town of Clonakilty, West Cork, it’s due to be released over the summer months of 2020.

ADT is also a member of the alt-folk band LOWmountain.

It’s all about creating, every day creating!!!