From Script to Screen: A Workshop With Ruth Hayes 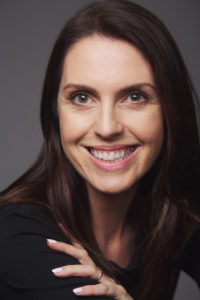 This workshop is a must for anyone age 14-18 who has an interest in writing, acting or directing film. Everyone who works on a film creatively needs to understand how to build a story. This two hour hands-on workshop sets out to facilitate young people to see and understand the collaborative nature of filmmaking between the writer, director and actor. Participants will look at a script and see where it can be fleshed out to help the actors and the director to bring it all to life.

Places are limited to fifteen. To book a place now, please text 0868139019 or email firstcutfilm@gmail.com

The festival is delighted to work with Ruth Hayes, an experienced actor and documentary maker from Youghal and to offer this unique opportunity to young people who are into film to learn about ‘performative text’.

Ruth’s most recent credits include: the role of the doctor in The Young Offenders and the co-lead in the feature film Beyond the Woods, nominated for best horror feature at the National Film Awards UK in 2019. Ruth also co-wrote and starred in the short film Still Life, best national short film at Dare Media Underground Festival.

Theatre credits include the role of Gila in A Serving of Pinter at the Half Moon Theatre in Cork, Corrine in Martin Crimp’s The Country, at the Granary theatre Cork, Jane in the self penned Whispers, at TDC Triskel, Cork, as well as Pegeen in Playboy of the Western World, and Sarah Brown in Guys and Dolls.

Ruth is also a writer and director of radio drama. Her work includes The Diary and The Rising Sisters, Gold award at the CRAOL and radio awards 2018 for best production. Ruth has trained with the Gaiety school of Acting and studied voice with Andrea Ainsworth of the Abbey Theatre. She has also trained with Tom Kibbe, Terry McMahon and Gerry Grennelle.