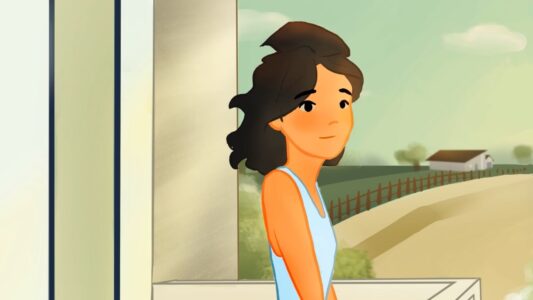 Animation plays a major part in First Cut! Youth Film Festival because nothing conveys the magic of cinema like animation. Animated films are hugely popular worldwide. They’re often the first movies we fall in love with as children.

In addition, the animation industry in Ireland is on fire and it’s an exciting time for professional animators and also for students looking to break into the industry. Irish animation has won awards at such major ceremonies as the Oscars, BAFTAs and Emmys, and these have helped establish our reputation as a global powerhouse and centre of excellence for animation.

This year First Cut has an expanded animation workshop and screening programme. Tonight‘s screening is in two exciting parts. First up are films made by participants in the Animania: My World in Motion workshops and a screening of Animation Dingle festival’s YAOTY (Young Animator of the Year) nominated short films.

Animania: My World in Motion
Thanks to these new First Cut! workshops, thirty young people had their first opportunity to gain the skills required to animate their own short films at home. Experienced tutor Belinda Walsh, with Ilse De Ziah, demonstrated the basic skills for hand drawn, claymation, legomation and paper cut stop motion. These workshops sparked the curiosity and imaginations of the young people who took part and gave them an experience that builds confidence, creativity, and pride in their artistic abilities. The enchanting results are receiving their premiere!

YAOTY 2021 Nominations
This year we are delighted to partner with Animation Dingle Festival to bring you their Young Animator of the Year award contenders. The award is supported by Disney Channel and is open to secondary school students all over Ireland. The 2021 theme was Look To The Sky.