First Cut! is delighted to present a screening of films made as part of two exciting new competitions, both focusing on the important issue of climate change and what we can do to make a difference. 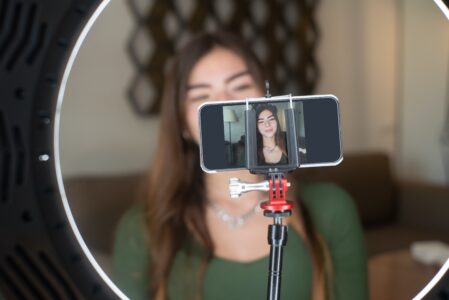 First Cut! is delighted to present its first TikTok Competition with Cork Credit Unions. Here are the films made by young people aged 14-18 from Co. Cork who took this unique opportunity to learn to make professional, Discover Page ready TikTok videos.

Central to the success of this were the free workshops made available to participants to help them pick a topic and focus on creating short, impactful stories using TikTok, and combine it all with classic storytelling sensibilities. Huge thanks to Robert Fitzhugh, director of Dublin Smartphone Film Festival, for guiding the young filmmakers through this process.

Cork Credit Unions are all about supporting local communities. Participants in the competition were asked to show how their community can help to promote Climate Action, and the steps you can take to look after the environment: in this case, to make social media friendly videos.

Competition winners will be announced and prizes will be presented!

First Cut! is delighted to announce its first filmmaking through Irish programme. This competition is an initiative for young filmmakers to make films in the Irish language that tackle the urgent topic of climate change and create one-minute films that focus on solutions and show young people’s views and feelings on an issue that is important to everyone.

Workshops led by prolific filmmaker Arran Bradstock helped the young filmmakers to plan, shoot and edit their films. As well as this Paul Deane (research fellow at MaREI) helped them start out their research in Climate Change.

All films made as part of Athrú Amháin will be screened at First Cut! Youth Film Festival 2022, where the winners of the competition will be announced.

How apt to be screening these films made during Seachtain na Gaeilge (Irish Language Week)! Seachtain na Gaeilge is an international Irish language festival and one of the biggest international celebrations of our native language and culture. The festival runs from 1 – 17 March every year and offers an opportunity for everyone to enjoy Irish, from fluent speakers to those with just the cúpla focal.