First Cut! Youth Film Festival is presenting an exciting series of online workshops both before and during the 2021 festival. These workshops are delivered by experienced professionals and cover both general and specialist aspects of filmmaking. They are also all free of charge. 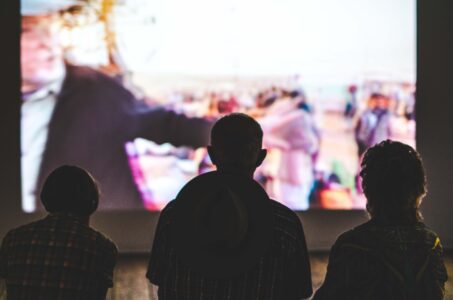 This is open to aspiring film critics and to any young person who is into film and creative writing, (aged 16-26), from Ireland and abroad. It offers them the opportunity to cover the 12th edition of the First Cut! Festival, which provides young filmmakers aged between 12 and 24 with a platform for screening their short films.

The participants of the Young Critics Panel will be invited to view and discuss five of the short films which have been selected for screening at First Cut! 2021.

WORKSHOP: There will be a free online workshop available to the 15 members of the panel. Esther Mc Carthy, veteran Journalist, Columnist, Broadcaster and Copywriter will lead this workshop, sharing her expertise, facilitating discussion, and giving feedback and tips. Esther was this year’s Dublin International Film Festival interviewer and most notably the film reviewer on the popular movies show with Sean Moncrieff every Friday on Newstalk.

Participants will spend the first hour reviewing the five selected films and sharing their responses in writing and in conversation with each other and the professional film critic. In the second hour, participants will design and record a short discussion on their ideas; they will produce a podcast. The podcast will be edited by older, full-time members of the Young Critics programme after the workshop. It will be published on the First Cut! Festival website and Young Irish Film Makers SoundCloud and Spotify channels.

This is our first year hosting the Young Critics Panel and workshop. In working with YIFM and Esther Mc Carthy, we hope to provide a platform for the next generation of film critics to learn and develop. The participants will be invited to produce festival coverage, while receiving mentorship and training.

Creating New Stories from the Past:

First Cut Youth Film Festival in collaboration with the Make Film History project are delighted to offer a two-part workshop that looks at how to use archival film to inspire and inform new film stories. You will get the opportunity to make your own three-minute film from archival footage which will be screened at this year’s First Cut! Youth Film Festival. As part of this process, you will get the opportunity to learn and practice the skills needed to plan, film and edit a film project on your smartphone.

International award winning filmmaker Tadhg O Sullivan will lead a workshop on the creative re-use of archive film, in collaboration with the Make Film History project, which makes available archive films from the BBC, BFI National Archive, Irish Film Institute and Northern Ireland Screen for educational use by young filmmakers.

The workshop series will culminate in a special screening of the short films made by the workshop participants at First Cut! on Friday May 7th, where a prize for the best film will be announced.

Full details on workshops and tutors are available here.

How to Apply
Email firstcutfestinfo@gmail.com with the following info to apply: name, address, eircode, date of birth, contact number and a few lines about why you want to join this workshops.  Please note numbers are limited, closing date to apply is Tuesday 13th April. This workshop is free of charge.

Puppetry for Film and Television Workshop
with Dominic Moore 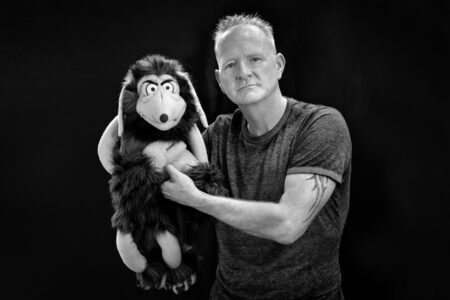 An hour long workshop in puppetry for the screen for ages 14-24.
Delivered over Zoom at 2pm, Saturday May 8th.

This highly interactive free workshop will take participants through some basic puppetry exercises with one of Ireland’s most renowned puppeteers, Dominic Moore.

Participants will learn  basic puppetry techniques for the screen, with expert analysis by an experienced leader and gain confidence in their own voice, as expressed through a simple puppet they will have made themselves It will shine a light on puppetry techniques such as synchronisation, movement and lip-syncing

Participants will get the opportunity to participate in a  script read through and feedback on the experience. Prior to the workshop a short explanatory video will be sent to each participant that will advise them on materials needed and some simple tasks to complete before the workshop. A script will also be forwarded to participants to practice with.

Dominic Moore is an actor, voice-over artist, puppeteer and writer from Cork where he lives and works. He began his theatrical career with Meridian, Feedback, Corcadorca and the Granary Theatre in Cork. His long association with RTE and television puppetry stemmed from voiceover artist work for The Rimini Riddle and continued as a featured animatronics artist and writer for The Morbegs. His puppet character Basher Bacon became the presenter of The Swamp, which ran as RTE’s weekend and summer links programme for four years. Later Elvis McCarthy from Ballinascarthy from Sattitude became a popular children’s favourite. He was commissioned by RTE to develop, write and perform the pre-school programme Hubble, which became the flagship programme for RTE’s Young People’s Programmes. Over the past few years he has been performing his new self-penned one man show Mr Punch in Cork to rave reviews. He is an accomplished voice over artist with considerable experience in radio commercials, television promos, animation and film dubbing.

For more information as to what Dominic is doing at the moment, go to https://dommomoore.net

This unique free workshop is ideal for anyone interested in building a SFX strategy for their short films. It is a production overview of acclaimed short film Stormtroopers (2018), with a special focus on special effects. The visionary Micheál Fitzgerald will demonstrate to participants the process of “breaking down Film Special Effects (SFX) into the Major & Minor components to demonstrate the value & achievability of those components with respect to overall budget limits & creative film making ambition”. Participants will learn creating an SFX Strategy for their film, the process of creating a dynamic effects heavy action sequence, integrating special effects with your location and being creative on a small budget.

Micheál Fitzgerald started acting in Australia with a part in Home & Away and has appeared in Game of Thrones, Nightflyers & Dublin Murders. Micheál has a Masters in Aerospace Engineering and applies his multi-discipline engineering experiences and acting ambition into writing, producing and directing sci-fi films. He has also raced Formula Ford in Australia, Ireland & UK. He is currently filming the follow up episode to Stormtroopers. 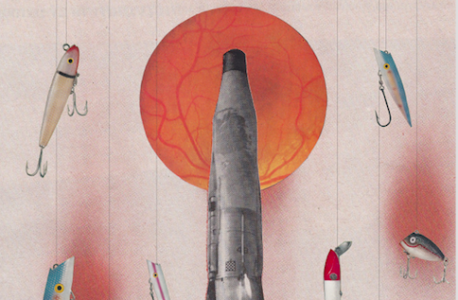 Over two sessions, participants will create unexpected compositions using found photographic material, and animate their scenes frame by frame. Participants will be advised in creating an at-home stop motion shooting setup, selecting appropriate materials, and animating their designs. This workshop is aimed at participants of 18+ years. Animation experience of any kind is of benefit, but not essential.

This workshop is funded by The Arts Council and Cork County Council and supported by Youghal Credit Union.

Email firstcutanimania@gmail.com with the following info to apply. Please note numbers are limited, closing date to apply is Friday April 2nd. This workshop is free of charge.

Ann Upton is an independent animator specialising in paper cut-out and stop motion animation. Her work is handcrafted, often incorporating found imagery and collage techniques. Ann works as an assistant lecturer on the Animation program at Dun Laoghaire Institute of Art Design and Technology, while also pursuing personal and directorial projects. Ann was a participant in First Cut’s Youth Music Video Competition (YMVC) in 2020.

Get Into Filmmaking – A Film Basics Workshop 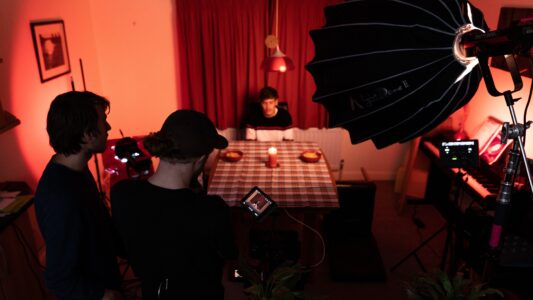 A three-day filmmaking workshop for ages 14-18

— This workshop is now booked out —

First Cut! Youth Film Festival presents an online, hands-on workshop in the basics of filmmaking facilitated by Cork Film Centre’s professional and experienced filmmakers. Each student will write, shoot, direct and edit their own film using their own equipment and have their film screened online as part of the First Cut! 2021 virtual festival. The 3 day workshop will help 12 young people aged 14-18yrs to gain the skills and expertise required to start making films, no previous experience necessary. For budding filmmakers, it can lead to opportunities for the creation of short films and meeting and collaborating with other young people who are passionate about filmmaking.

The First Cut! Youth Film Festival Workshop encourages creativity and skills training in a fun and supportive environment. This course is for anyone interested in filmmaking. Whether you’re a first time filmmaker or you want to understand more about what happens behind-the-scenes, this will have something for you.

This workshop is funded by The Arts Council and Cork County Council.

Animania: My World in Motion 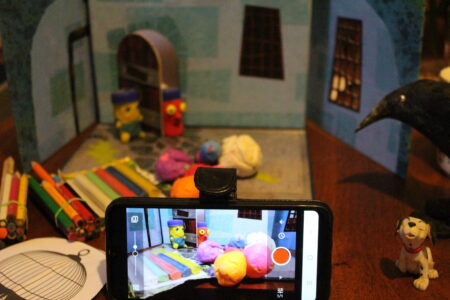 — This workshop is now booked out —

Are you interested in learning how to create Stop Motion Animations?

First Cut! Youth Film Festival are offering 30 young people the opportunity to gain the skills required to animate their own short films at home.

Experienced tutors Belinda Walsh and Ilse De Ziah will demonstrate the basic skills for hand drawn, claymation, legomation and paper cut stop motion over 3 days. The sessions will include advice with storyboarding, sound, and editing. You will decide on the technique that inspires you the most to make your film. No previous filmmaking skills or experience required for this workshop.

The animated shorts produced will be screened online during the virtual First Cut! Youth Film Festival happening 17th April – 9th May 2021. A prize of €100 will be awarded to the winning animation and announced during the festival.

Belinda Walsh and Ilse De Ziah have been running Midleton Arts Festival for many years. Their dream is to make art and creativity an accessible and enjoyable part of everyday life for all.

Belinda Walsh graduated from CCAD in 2014 and has over 12 years experience of facilitating creative workshops with children, teens and adults. She has a special love for the magic of stop motion animation which she loves to share with others. Ilse de Ziah is a musician who works as a sound artist, composer and sound engineer. She graduated from Cork School of Music and has facilitated music workshops for children, teens and adults as well as composing soundtracks for film and animation.