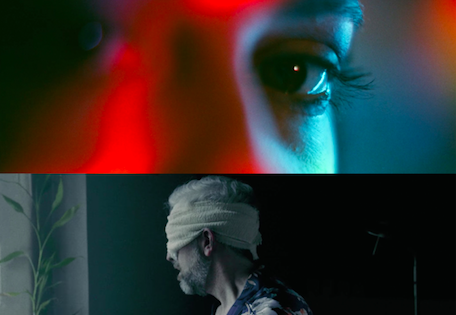 Calling ambitious young filmmakers aged 18-23 for a unique opportunity to kick-start your career as a director.

Submissions are now open for the fifth edition of the YMVC – Youth Music Video Competition! The annual competition will once again offer 5 emerging directors the opportunity to create a music video for an up and coming Irish act under the mentorship of noted director Brendan Canty (Smuggler, Antidote, Feel Good Lost) and to screen it at First Cut! Youth Film Festival in March 2020. YMVC is open nationally and invites applications NOW! Submissions are due by 16th December at 5pm.

This year, our mentorship team expands to include Irish Film and Television Award winning director T.J. O’Grady-Peyton, and Lochlainn McKenna, a successful music video and commercials director from Cork and past YMVC winner.

The impact of the competition is tremendous for participants and the quality of the work is nothing short of remarkable. Last year’s winning video by Elena Horgan was selected as the official release for Kobina’s Shogani, and she continued to work with the artist on the video for Unsure. Videos by the previous winners were also released by Ryan Vail, Le Galaxie, Above Dat, The Academic, and Meltybrains. Past participants have seen huge industry successes: Lochlainn McKenna has directed videos for Daithí, Westlife and Keane and Christian Tierney has become Conor McGregor’s personal videographer.

Email the following to firstcutymvc@gmail.com before 5pm December 16th, 2019:

Write 200 words telling us about you, your background, and why you want to be a filmmaker.

Send us a link to your best piece of work to-date. We’re looking for your unique voice as a director – submit something that best represents your style and a clear vision.

Include your email address, phone number and your date of birth.

Tell us where you heard about YMVC.

You can apply on your own or in pairs.

The selected filmmakers will take part in a day-long hands-on workshop with Brendan Canty, T.J. O’Grady Peyton and Loclainn McKenna on Friday January 3rd in Cork. Participants must be able to attend this workshop.

Using his extensive knowledge of the Irish music scene and network of musicians, Brendan Canty carefully pairs a track from an up and coming musical artist to a participating director based on their style. Briefs are tailor made for each director, with input from the artists. So far acts such as All Tvvins, Kobina, Ryan Vail, Le Galaxie, Tim Chadwick, Daithí, Meltybrains, Rusangano Family and The Academic have submitted tracks. YMVC is open to music videos of any style, be it narrative or experimental, live action or animation, or any combination of these.

All five videos will be screened at The Regal Cinema, Youghal at the 2020 First Cut! Festival on Saturday 14th March 2019. One stand-out filmmaker will be presented with an award.

Brendan Canty was named one of the 50 most creative people in Ireland by the Irish Times and is widely known for the phenomenally successful video for Hozier’s ‘Take Me To Church’ – a powerfully emotive film which went viral and has over 700 million views, two MTV VMA nominations for Best Direction and Best Rock Video, and was voted Video of the Year by the Irish Times. Canty recently signed with Smuggler and spends his time between Ireland and NYC. His latest short CHRISTY premiered at Cork Film festival and was funded by Screen Irlend. His short For You was nominated for a 2018 IFTA Film & Drama Award, and won Best Irish Short at the Kinsale Sharks. Also represented by Irish company Antidote, Canty has directed videos for bands like Talos, Saint Sister, Dermott Kennedy and All Tvvns. Commercially, he has directed campaigns for the likes of Budweiser, Sky Sports, Lloyd’s Bank and Three Mobile. Last year, he directed a campaign video for the President of Ireland Michael D. Higgins.

T.J. O’Grady-Peyton gained industry recognition in 2013 when he was shortlisted at the YDA in Cannes after graduating from the London Film Schools filmmaking MA program. Since then, he’s directed work all over the world for clients such as Asics, Volkswagen, Gatorade, Diesel, Good Year, GoreTex and BMW. He has been recognised by the Webby Awards, the Clio’s, the Art Director’s Club Award and the AICP. TJ received the Discovery Award by the Dublin Film Festival. His short films have screened in festivals such as Tribeca and Clermont Ferrand, and his short film “Wave” was picked up by The New Yorker after winning an IFTA for Best Short in 2018. Last year, TJ was invited to take part in a filmmaking masterclass with Werner Herzog in the Amazon, Peru and was a participant in Les Nuits en Or 2019 hosted by the French Academy of Film (The Cesars).