First Cut! is delighted to welcome Bob Gallagher who will participate in this year’s YMVC – Youth Music Video Competition panel at the Regal Cinema on Saturday March 12th at 6.30. 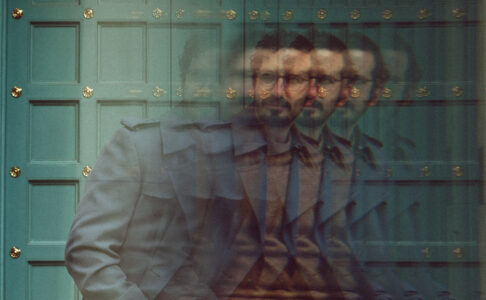 Gallagher is an award-winning filmmaker described by Werner Herzog as a ‘good soldier of cinema’ and by Totally Dublin as ‘one of the nation’s premiere creative forces in the visual arts’. Gallagher came to prominence as the creator of some of the most iconoclastic music videos to emerge from Ireland in recent years, collaborating with acts such as Girl Band, Lankum, Pillow Queens and Villagers. His music videos have received international press, and multiple awards. With a darkly experimental aesthetic, his work explores the psychological impacts of juxtaposing music and image, often in collaboration with artists from other disciplines. Recent music video work includes the project Shoulderblades for Girl Band in which he directed and choreographed acclaimed contemporary dancer Oona Doherty.

More recently Gallagher has been involved in the creation of music films and live streamed concerts including Pomes Penyeach: James Joyce set to Song for the Museum of Literature, Junior Brother’s Hibernorama for Musictown Festival, and Aiteach: From Cú Chulainn to the Quare Fellow, a groundbreaking exploration of queer identity in Irish traditional music and poetry filmed at Dublin’s Hugh Lane Gallery. He is currently developing his debut feature film The Song Collector as part of Screen Ireland’s Director’s Concept Development Award.

Bob Gallagher will be one of the mentors on the 2022 YMVC programme.