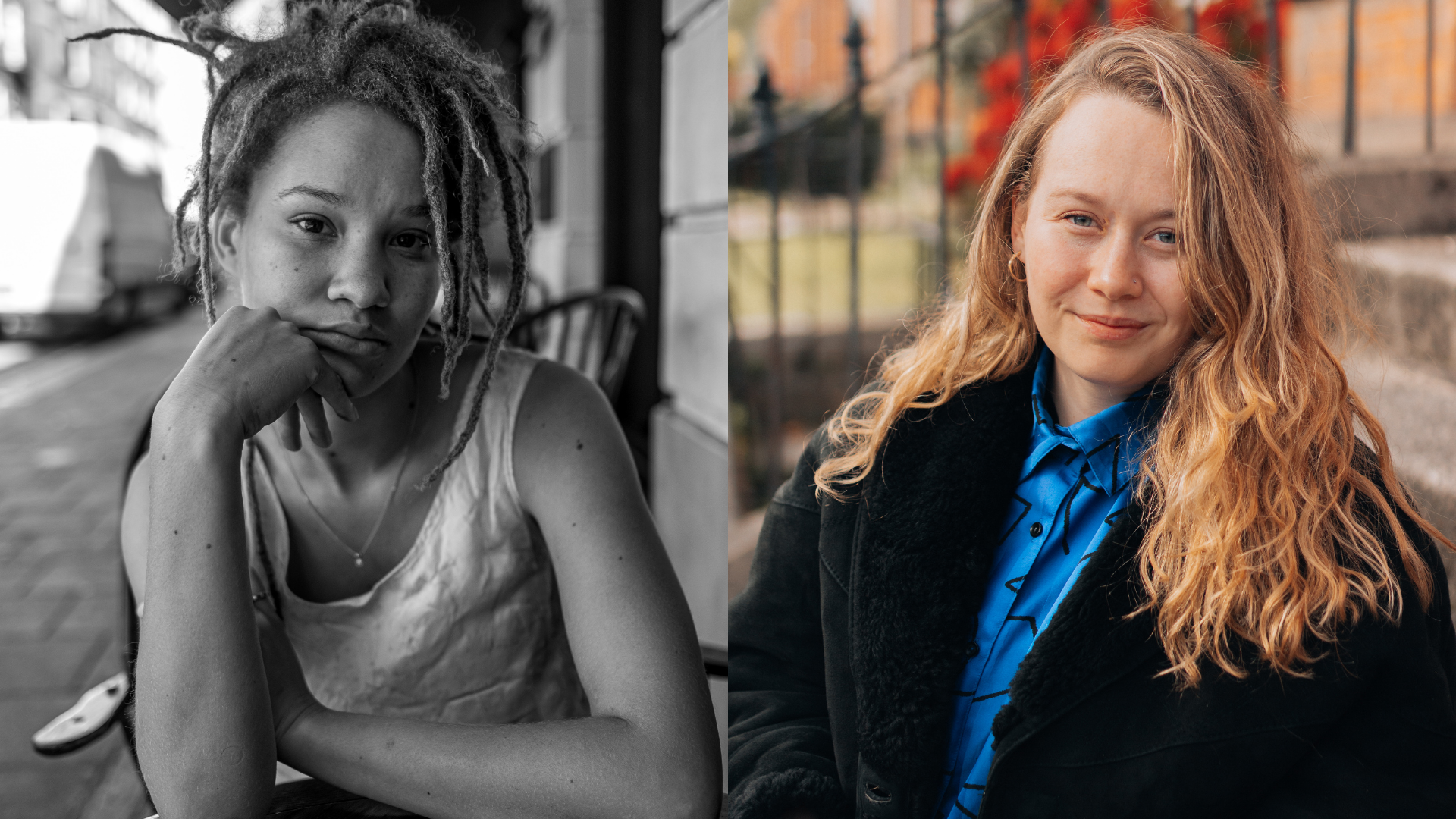 First Cut! is thrilled to welcome actress Ayoola Smart from Schull, and visual artist and filmmaker Elena Horgan from East Cork, onboard the team in 2021 as a Festival Patron and Filmmaker-in-residence respectively. Ayoola is a familiar face on TV and cinema screens, having acted in a host of well known shows and movies including; Juliet Naked alongside Ethan Hawke, the BBC drama Death in Paradise, and she currently stars in RTÉ’s Smother. Elena is the newly appointed Cork County Council Filmmaker-In-Residence with support from Creative Ireland and the Arts Council, having secured the role following a competitive open call earlier this year. Elena is a recent graduate in Film and TV Production from the National Film & TV School at Dun Laoghaire Institute Of Art Design + Technology.

As part of this exciting new venture, Ayoola and Elena will present a series of activities and events promoting visibility, diversity and inclusion in filmmaking for young people from all backgrounds, particularly those who face barriers in getting involved in the artform due to economic and social inequality. First Cut! is committed to promoting and celebrating filmmaking for all young people, and strives to actively involve young people in all areas of decision making.

Ayoola describes her motivation behind joining First Cut! as a patron; ‘First Cut is such a wonderful platform for young creatives to explore and discover their craft, which is why I’m so excited to be coming on board as a Patron. I believe now more than ever we need diverse spaces to reflect the society we live in…it is the youth of today and tomorrow, and festivals like this, who will help to change and push us forward even more. Watch this space!’ Elena says of her appointment; ‘My first introduction to filmmaking was First Cut, taking part in summer workshops with Cork Film Centre and Cork Young Filmmakers. So it is both serendipitous and exciting to be back working with the festival as filmmaker-in-residence’.

The first of these events, taking place online through December and culminating in the Spring 2022, is a hands-on weekend of filmmaking with young people living in Direct Provision in Millstreet, Cork. The participants will make a short film, with training, support and mentorship from Elena and Ayoola who will help them develop acting and filmmaking skills. The young filmmakers will have the opportunity to shoot a short film, using professional filmmaking equipment and their film will be premiered at a special screening during First Cut! Youth Film Festival 2022, happening 9 – 12 March.

Ayoola Smart first got into acting as a child, with her passion for creating worlds and bringing other people into them inspired by watching a myriad of wonderful women like her mother, Sally Smart, and Belinda Wild. Following the lead of these strong role models, Ayoola was encouraged to leave her comfort zone and follow her dreams, finding her way to drama classes. Ayoola has always believed the arts are a vital part of our society. She believes when storytelling is used to teach and extend our understanding of each other, by provoking us to look deeper within ourselves and others, it’s a pretty magical place. She hopes to contribute positively, creating safe and accessible spaces for others, who like her, would not be where they are today without the help and good will of others.

Elena Horgan is a filmmaker from East Cork. Her first introduction to filmmaking was with First Cut Youth Film Festival and Cork Film Centre where she took part in the summer courses as a teenager. She later went on to graduate with a First Class Honours in Film and TV Production from the National Film School. She is interested in experimental filmmaking and has been screened in festivals such as FEST Portugal, Istanbul Short Film Festival, London Experimental Film Festival and Dingle Film Festival.