Nothing conveys the magic of cinema like animation, and the genre plays a huge part in First Cut! Youth Film Festival each year. Through an engaging, accessible, and fun programme of workshops, screenings, and discussion, our Animation programme impacts young people across Youghal, Co. Cork, all over Ireland and for the first time in 2021, the rest of the world.

The animation industry in Ireland is on fire, and it’s an exciting time for professional animators and for students looking to break into the industry. Irish animation has won awards at such major ceremonies as the Oscars, BAFTAs and Emmys, and these have helped establish our reputation as a global powerhouse and centre of excellence for animation. First Cut’s Animation programme is kindly supported by Youghal Credit Union. 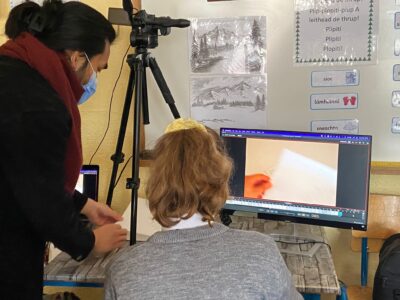 In Youghal, working with tutors Lisa McDonald, Jessie Lopez II and Eimear Young the workshops covered all the basic principles of hand drawn animation in an engaging and fun manner. To mark the UN’s Decade of Indigenous Languages, the young creators based their short films on their favourite word as Gaeilge – and the resulting films were go hiontach! We’re sure you’ll agree. In Midleton, First Cut! introduced Flip Fest with animator Belinda Walsh which enabled participants to create their own hand drawn flip books and optical toys.

Lisa’s film Languor and Jessie’s film Some Days will screen alongside films created during the workshops on Wednesday 9th March, 10am at both The Mall Arts Centre & The Regal Cinema.

Read more about Flip Fest, School Workshops and Feature Screenings below, read about the Animania – A Day of Animation Programme here. 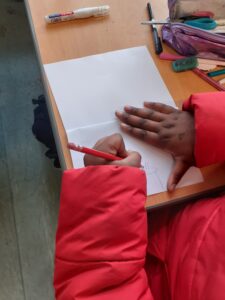 This year, First Cut! partnered with Belinda Walsh to create Flip Fest, a series of schools’ animation workshops culminating in a screening of films at this year’s festival. Workshops were delivered to four different schools where participants learnt about the history of stop motion while creating their own hand drawn flip books and optical toys. The participating schools were St John the Baptist School, Midleton Educate Together School, CBS Secondary School and Midleton College. 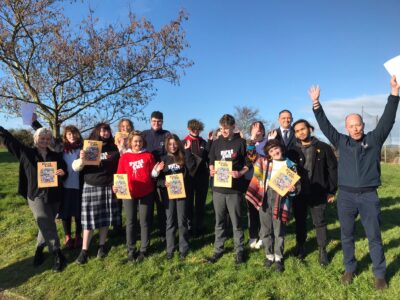 This year First Cut! Youth Film Festival provided animation workshops to over 170 pupils in Youghal schools including Pobalscoil na Tríonóide, South Abbey National School, Gaelscoil Choráin, Kyle National School, Park National School and Bunscoil Mhuire. The workshops covered all the basic principles of hand drawn animation in an engaging and fun manner with tutors Lisa McDonald, Eimear Young and Jessie Lopez II. To mark the UN’s Decade of Indigenous Languages, the young creators were asked to base their animations on their favourite word as Gaeilge – and the results were absolutely iontach! Pictured above are students from Pobalscoil na Tríonóide, Kieran from Youghal Credit Union, Lisa, Eimear and Jessie and members of the First Cut! team. 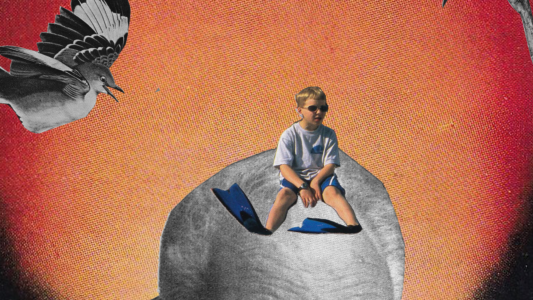 Independent animator Ann Upton delivers a four hour workshop via zoom, spread over two days, where a group of participants aged between 18 and 24 will create stop motion pieces inspired by the surrealist comedy movement. In the workshops, the participants can expect to learn about the history of collage as well as the principles of under-camera and paper-cut techniques. More info here.

Introduction to Anime Design with Amy 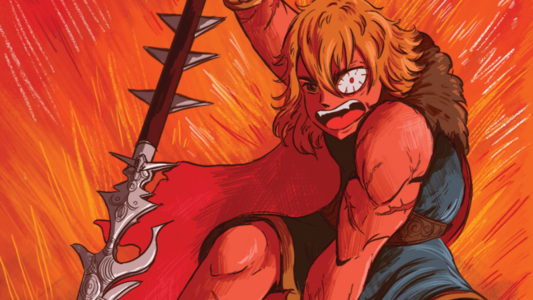 Illustrator Amy Louise O’Callaghan facilitates a Japanese Anime character design workshop for young people aged 13 – 17yrs. Participants will be introduced to drawing in the style of Japanese anime, and learn how to create their own anime designed character – ideal for use in their own personal animations, comics and illustrations! Participants can also expect to improve their knowledge of Japanese animation as an artform, and understand how it differs to Western animation styles. More info here. 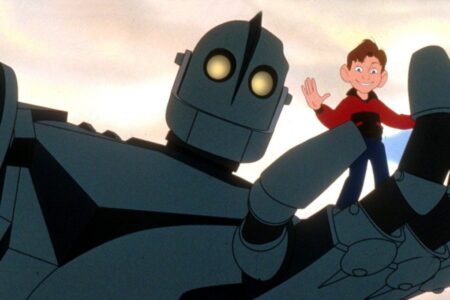 In this classic animation from Brad Bird, a boy makes friends with an innocent alien giant robot that a paranoid government agent wants to destroy. A thrilling and uplifting family favourite guaranteed to delight the Animania audience. 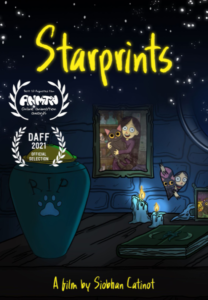 The Iron Giant will be accompanied by Starprints, an enchanting animation short by Dublin-based animator Siobhan Catinot. In it, a little witch, Hattie, is distraught at the death of her cat Pud. Determined to bring him back, she explores different ways she could do so…

The Animania programme is kindly funded by The Arts Council of Ireland, Cork County Council, and Youghal Credit Union.