Wednesday 9th, 10am
The Mall Arts Centre & The Regal Cinema

Animation plays a major part in First Cut! Youth Film Festival because nothing conveys the magic of cinema like animation. That’s why we open the festival every year with a day dedicated to animation for a local primary school audience. 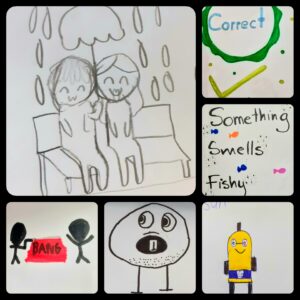 In Youghal, working with tutors Lisa McDonald, Jessie Lopez II and Eimear Young the workshops covered all the basic principles of hand drawn animation in an engaging and fun manner. To mark the UN’s Decade of Indigenous Languages, the young creators based their short films on their favourite word as Gaeilge – and the resulting films were go hiontach! We’re sure you’ll agree. 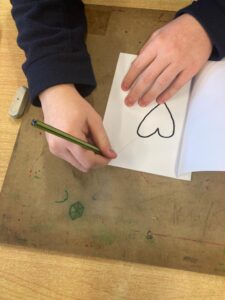 First Cut! would like to thank all participating schools for their support of these workshops which were made possible through the generous support of Cork County Council and Youghal Credit Union.

Our Wonderful Tutors: Lisa McDonald is a director, animator and editor. She graduated with a First Class Bachelor of Honours Award in Animation from IADT. She focuses on experimental, stop-motion animation and visual design. Her films have featured in IndieCork, Dingle Film Festival and Bright Future Gothenburg. Jessie Lopez II is an animation filmmaker with a versatile skill set, using analogue and digital to illustrate a feeling within. He graduated from IADT with a First Class BA Hons Degree in Animation. His films screened at Indie Cork, Dingle, Kerry Film Festival and Mayo International Festival. Eimear Young is a Dublin-based artist, specialising in animated and experimental filmmaking. She recently graduated from IADT with a First Class Honours Degree in Animation and won both the ‘Thesis Award for Academic Excellence’ and the ‘Windmill Lane Award for Animation.’

Belinda Walsh is a visual artist who graduated from Crawford College of Art and Design. Her special interest is in the use of stop motion animation techniques as a wonderful platform to encourage children and adults to communicate stories, ideas and concepts. She is one of the founders and coordinators of Midleton Arts Festival.

We are delighted to be screening Lisa’s film Languor and Jessie’s film Some Days as part of this programme. Languor brings the viewer on a journey through levels of thought shown through four environments: The Day, The Night, The Mire and The Nothing. Some Days we long for broken fragments, as we fear that it no longer contains the connection that was once there. Sometimes a memory is all it takes to spark that feeling within.

And Our Feature Presentation: 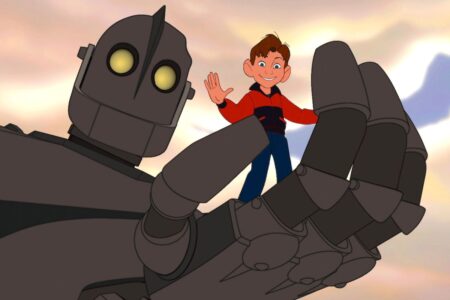 The Iron Giant
In this classic animation from Brad Bird, a boy makes friends with an innocent alien giant robot that a paranoid government agent wants to destroy. A thrilling and uplifting family favourite guaranteed to delight the Animania audience.

Starprints
The Iron Giant will be accompanied by Starprints, an enchanting animation short by Dublin-based animator Siobhan Catinot. In it, a little witch, Hattie, is distraught at the death of her cat Pud. Determined to bring him back, she explores different ways she could do so…