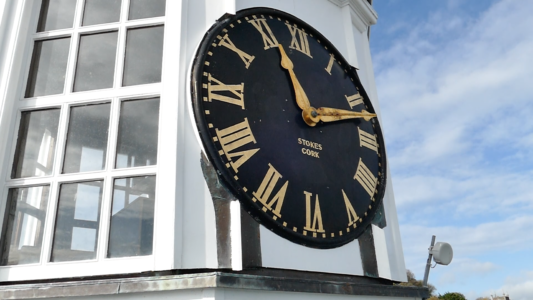 Youghal is known to be a gem in Ireland’s Ancient East. It is also the home of First Cut! It has been host to the festival since 2014 and is far more than just a festival venue – it is part of the very fabric of First Cut! This programme is a celebration of Youghal… and of the festival’s return this year – ‘ in-person’ again after an entirely online festival in 2021. Thank you, Youghal for your welcome and wonderful venues, for your clock tower and beautiful beaches. We’re so glad to be back!

This event is free but ticketed. To book, follow this link.

John McGrath: My Life in the Clock Gate
This documentary on Youghal legend John McGrath was made by students at Pobalscoil na Trionóide, the local secondary school in 2019. It received its first screening online as part of First Cut! 2021. We are delighted to now be able to present it as it was meant to be seen: in person, in Youghal and in the presence of John McGrath. He is the last person to be born in Youghal’s iconic clock tower. A compelling raconteur, McGrath shares vivid and personal memories of life growing up in this unusual home and of mid-20th century Youghal in general. 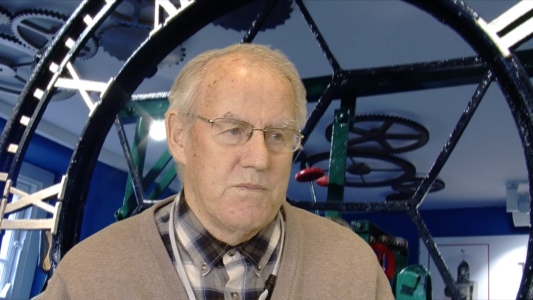 Recollections (Michael Hussey)
Tonight’s second documentary takes a nostalgic glimpse into the history of Youghal. Researched and filmed by local filmmaker Michael Hussey, Recollections is a visit to Youghal’s past as captured in photo and film by locals who, on passing from this world, left behind a vast and varied legacy of town history. Everyone should see it and learn of Youghal’s rich and colourful past!