An annual highlight of First Cut! Youth Film Festival is the YMVC – Youth Music Video Competition. Since 2016, First Cut! has been partnering with cutting edge production company Feel Good Lost to give young emerging filmmakers based in Ireland the opportunity to create music videos under the mentorship of noted director Brendan Canty and other recognised industry professionals. Canty explained the reasons behind this focus on music video: “Short films are a beautiful art form which I urge young filmmakers to keep making. But I strongly encourage them to try their hand at telling these stories or making these visuals through music videos as it is the best and fastest way to learn, develop and get noticed as a young director”

With each year, the competition has gone from strength to strength. The remarkable quality of the videos that have been produced is reflected in the number of them that have gone on to become the official video for their track. YMVC has also been instrumental in launching the careers of a number of now established directors. A recent example is 2017 YMVC winner Lochlainn McKenna who went on to direct music videos for Westlife and Keane, as well as commercials for Heineken, Toyota, Aldi and Sky. He returned to YMVC as one of the mentors. In his words: “My journey from entering to winning and then returning as a mentor and speaker has been really amazing. I really wouldn’t be where I am without the festival. I can now call myself one of Ireland’s busiest full-time professional music video directors and it all comes back to First Cut, so, thank you!”

YMVC 2020 can be seen here and an overview of previous years is online at the YMVC archive page. 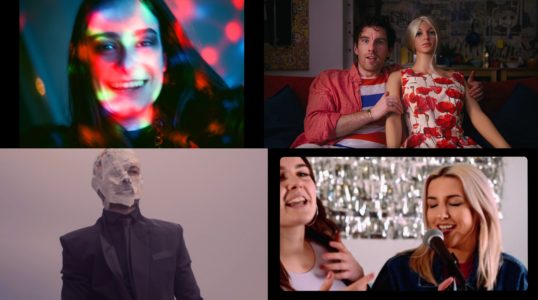 The competition is open to filmmakers between the ages of 18 and 23 working in any style, be it narrative or experimental, live action or animation, or any combination of these. Five filmmakers are selected by the Feel Good Lost mentors to participate and create a YMVC video.

Using their extensive knowledge of the Irish music scene and network of musicians, Feel Good Lost arrange for five musical artists to submit a track for YMVC. Each track is carefully curated to one of the participating directors based on their style. The process that each participating filmmaker will then experience is identical to the process a professional filmmaker goes through in making a music video in the industry. Each filmmaker will submit a treatment document explaining their idea and, with on-going mentoring and support from Feel Good Lost, they make the video. In addition to making an amazing video, the competition helps directors build confidence and improve in areas of their work that need improving. As 2018 YMVC winner Alexander Kuribayashi put it:

“Having my work analysed by experienced professionals was intense but it absolutely pushed me to a higher level of professionalism and achievement. I am deeply grateful for the energy and support that Brendan and David [Lester Mooney, 2018 mentor] put in this whole process. The workshop and festival were major steps in the quality of my work and confidence.”

Once the video is finished, the artists will decide if they want to use it as the official video for their track. The goal is for the artist to get a music video that they are happy with, and for the director to get high quality video for their reel. But either way, it’s a win / win situation for everyone.

YMVC culminates in a screening at First Cut! Youth Film Festival where all the videos are premiered. The Award for Best YMVC Film, selected by an expert panel of judges from the music world, is also announced and presented at this special event. 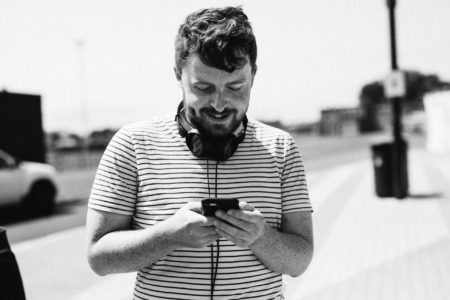 Feel Good Lost is a multi-disciplinary creative company that makes cutting edge film, art and music. Brendan Canty, director of Feel Good Lost, is a writer/director from Cork who has mentored YMVC from the outset. His phenomenally successful video for Hozier’s Take Me To Church received two MTV VMA nominations and was voted video of the year by The Irish Times. He has directed campaigns for Budweiser, Sky Sports, Lloyd’s Bank, Three Mobile and a campaign video for President Michael D. Higgins. He recently completed his second short film, Christy, which was funded by Screen Ireland.