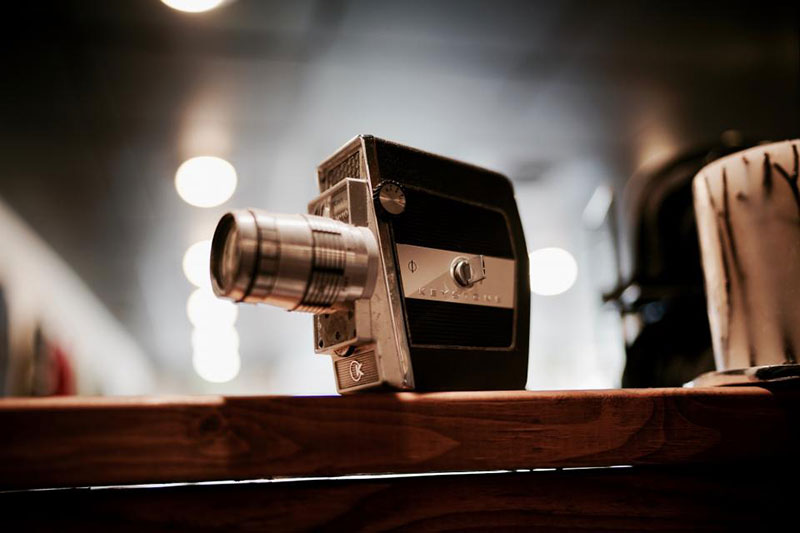 First Cut! is delighted to announce its programme for 2018!

The festival just keeps growing and this year it has added another day to its schedule, bringing it up to four days packed with screenings, presentations, workshops and panel discussions. For a full listing of all events, please visit our ‘Festival at a Glance’ page or download a PDF of our festival brochure.

As in previous years, the festival’s centerpiece is its final day, Saturday April 28th. This will open with the First Cut! Open Call short programmes, a diverse and entertaining selection of films that reflect the skill and imagination of young filmmakers in Ireland and abroad.

This will be followed by Changing Attitudes, a special panel discussion on women in film and television that brings together women at different stages in their filmmaking careers for a conversation on the challenges of creating in what has traditionally been a male dominated field.

Cartoon Saloon’s Mark Mullery, technical director of the Oscar-nominated animated feature The Breadwinner will then treat us to a look behind the scenes of The Breadwinner and give us some insights into Cartoon Saloon, the renowned Kilkenny-based animation studio that created it.

The afternoon highlights filmmakers in their early twenties through Spotlight, the festival’s Open Call programme for that age group. This year, there is also a special focus on two emerging filmmakers, Arran Tenzin Bradstock and Robert K. Buckley. They will each present and discuss a recent film.

Next up is the Music Video Open Call programme which leads into YMVC (Youth Music Video Competition) 2018. First Cut! continues to partner with Feel Good Lost for the third annual edition of this music video mentoring scheme. Six outstanding young filmmakers were selected by director Brendan Canty and producer David Lester Mooney for the opportunity to make a music video under their mentorship. These videos will be premiered at this event, and the award for best YMVC 2018 film will be announced.

The day will sail to a musical conclusion with live music by the popular Tim Chadwick and the haunting sounds of electrofantasy artist NIMF. As it is every year, all of Saturday’s events and screenings are free, un-ticketed and open to the general public.

The first three days of First Cut! 2018 are dedicated to schools. School is where many young people get their first chance to make a film, and the festival’s emphasis on schools is a recognition of the sheer quality and amount of filmmaking taking place in schools throughout Ireland.

The festival kicks off on Wednesday April 25th with Animania – A Day at the Movies! This event is for 200 local primary school pupils who participated in a series of animation workshops initiated by First Cut! and facilitated by Paper Panther Animation. Not only will the participants see their films on the big screen but they will also enjoy a whole animation-themed programme designed especially for them. Their animations are followed by a selection of short films submitted to First Cut’s Open Call and curated for a national school audience. Then there will be an enchanting presentation by local animator Belinda Walsh. And We’re Going on a Bear Hunt, created by the team who made The Snowman, rounds the morning off with an adventure in search of a bear!

There is also an opportunity to see the Animania Workshop Films at the First Cut! Family Film Evening on Thursday April 26th at 6.30pm along with a special screening of Cartoon Saloon’s classic The Secret of Kells. All are welcome.

Thursday 26th and Friday 27th are the festival’s secondary schools’ days. Thursday starts with the Schools Open Call programme, a selection of short films entered by school groups from across the country and beyond. Thursday afternoon features films made as part of Cork Film Centre one-day filmmaking workshops in schools and youth groups in Cork City. Cork Film Centre has long played a major role in bringing filmmaking to young people in Cork City and County.

Friday showcases films made through Cork Young Filmmakers workshops in 2017/2018. Cork Young Filmmakers is a long-running and wide-reaching workshop programme for young people in Cork County run by Cork Film Centre and funded by Cork County Council and SECAD. It gives many young people in schools and youth organisations their first opportunity to express themselves through film.

All schools programmes feature panel discussions which allow young people to discuss their films and share their experiences of making them. We hope all secondary school filmmakers enjoy this rare chance of seeing the fruits of their hard work on the big screen!